Through one of my contacts on Facebook, uncovered a wonderful photograph published by National Geographic. The image in question by the Hubble Space Telescope revealed a picture with the oldest galaxies in the universe. A fascinating glimpse of the chaotic birth of the first stars with an age dated at more than 13,000 million years.

No doubt such images often lead us to all kinds of reflections on life, our existence, and especially the importance we place us when in fact, our role in the universe simply boils down to something tiny, almost insignificant. However, we tend to always believe that we are the center of the universe, and everything revolves around the world we know. 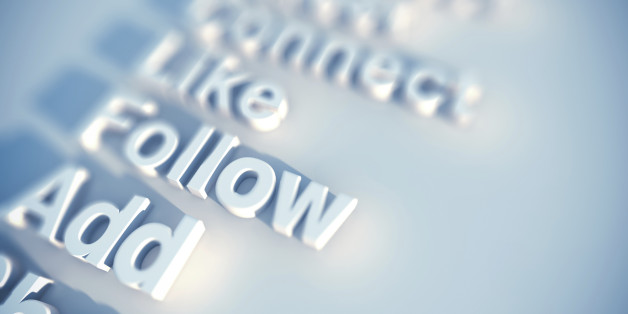 Interestingly, among such thoughts, reemerged as simile, the idea of self-called gurus and marketing professionals and social media. Those with an excess of self-contentedness and craves the limelight, proclaim themselves as standard-bearers of movements and fashion trends and today. However, it is curious to discover how a vast majority of these cases, we are only to profiles of those who only try to grab center stage for that to feel idolized.

One of the things one can learn from marketing, advertising or branding itself, is that they are powerful tools that can sometimes create real illusions. This is how the magician tends to perform his magic tricks to enthusiastic audiences that even knowing that it is being somehow “cheated” always ends up applauding. However, while all this is merely due to part of the show, it’s funny how sometimes deceive others with false illusions is also typical of other scenarios such as social media.

I remember recently discovered one of the many pre-cooked ready mentioned where the alleged gurus and influential social media on social networks like Twitter. Names of the reference listed as a sector and as the most important and influential microblogging social network. It was curious too, to see how the vast majority did not even with a significant number of followers. 5000 10,000 15,000? And the influential call?

If we conceived this social network as a real universe, little would it take to realize how insignificant we are sometimes even by very important that we ourselves try to give us. And much less do believe this same advantage to other illusions observers who use ignorance. There are too many constellations, galaxies and stars as to believe that we are the center of this universe to play well believe us that we are true gods. The truth is that too much ego, craves the limelight and speculation, have filled the firmament of false stars that even the very light emanating necessary to get really enlightening.

The term influential is given to the person who has the ability to determine or alter the way we think or act of others, but the influence does not hang a label. True influential are those who have demonstrated or are able to use their influence to change things. So, never believe more important than you really are only having a handful of followers on Twitter. This universe is too big. « The Trend to Dye for – Henna
Electrical Control Components: A Guide for Beginners »