The wonder of Northern Ireland. A place full of surprises.

You might be very surprised to find that a really great holiday or short break is really right on your doorstep and here in the UK. It’s just over the Irish seas to that Northern part of the emerald isles Northern Ireland. There has never been a better time to go and visit the country especially as there is a real great buzz about the place due in part to a rather famous television show that is filmed there (more about that later). In fact, there is so much to do there that you might want to spend a good length of time there and looking into Log Cabins for sale in Northern Ireland might be the answer. Try http://logcabinsnorthernireland.com as a start point. Let’s have look at what you can do. 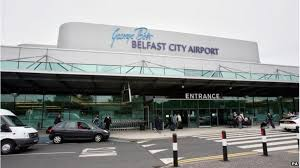 From the moment you touch down at George Best Airport Belfast City you are placed into a historic town that boasts so fabulous architecture and a rich history with a very welcoming people that have that ready sense of humour that seems to run through the very veins of the Irish people like no other. A trip to the Crown bar is very worth while as it offers a real step back into the past. It is preserved by the National trust to be as it was during its turn of the century heyday. Yes, you can get Guinness there. A trip to the docks is a must especially as it has the world-renowned Harland and Wolff ship yards. This was where the Titanic was built and there is a fantastic museum dedicated to the creation of it and its short bit dramatic history. 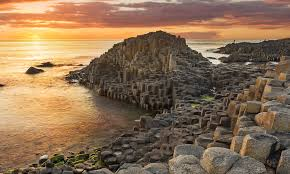 Outside of the city there is a wealth of natural and built beauty to enjoy. The premier spot is the Giants Causeway. This nature wonder is the creation of volcanic action that has forged basalt columns. Whatever the science the hexagonal shapes are truly a sight to behold and the story of Finn MaCool who supposedly built it. Just down the road is the challenging Carrick a Rede rope bridge. This is not a journey for the faint of heart as you are suspended above the crashing water and rocks below. If perhaps you could steady the nerves to a visit to the Jamesons Distillery which is not far from both.

The landscape around Strangford Lough in the South are also extremely beautiful and the Mourne Mountains are not far away either. On the banks of the Lough sits Castle Ward which also doubles as Winterfell. Fans of Game of Thrones will recognise that and there are a multitude of tours available as pretty much all of the show is filmed in the country. Its well worth a visit. Is it time to become a Rambler?

« How Do You Choose an IT Support Company?
Could buying a car online spell disaster for your safety? »