Wearables and Web Design: Should Businesses Be Worried?

When smartphones emerged as a force to be reckoned with, web design had to evolve to keep pace with changing browsing habits.
Today the web is being shaped by mobiles and tablets, with these devices enabling many more people to get online without requiring a fixed line infrastructure to provide them with superfast network connectivity. 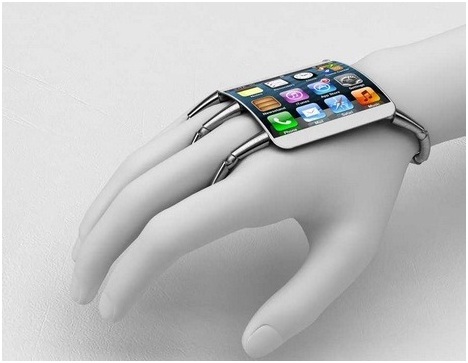 In fact mobiles are being credited with helping to raise the number of people with web access to 3.2 billion internationally in 2015.

But anyone with their finger on the pulse of the tech market will have recognised that webmasters do not only need to optimise their sites to make them easy to use on smartphones and tablets. They must also consider the impact that the influx of smartwatches and other wearables will have on design.

Professional agencies, such as Web design Northampton based firm http://www.easiserv.com can help businesses prepare for whatever the future might throw at them. But do wearables really represent the next big shift in browsing habits, or are they merely peripherals that will play second fiddle to the increasingly dominant smartphone usage?

Whatever point of view you take, it is impossible to ignore the fact that smartwatches do have the ability to browse the internet, with the first dedicated app capable of doing so launched for Samsung’s Gear S device by Opera last autumn.

Smartwatches from both Samsung and Apple require synchronisation with a compatible smartphone in order to access the internet and enhance the standard functionalities, so even with web browsing being made possible on wristwear, there must still be another device close by to make browsing apps operational in the first place.

At the moment smartwatch ownership levels are relatively low, particularly compared with the millions of smartphone users who are a worthier target for the web design efforts of any business. But the inalienable fact is that because these devices can get online and access websites, some people will indeed use them for that very purpose.

The problem with smartwatches when it comes to web browsing is that while they may offer a decent amount of processing power in most situations, the size of the displays on these devices is a major limiting factor in terms of the user-friendliness of the browsing experience.

Even the largest Apple Watch model comes with a display that measures just 1.5 inches across the diagonal; smaller than even the most compact smartphone. And at least Apple’s offering has a standard aspect ratio, while models from Motorola and other manufacturers are starting to utilise round displays to echo traditional watch designs, further muddying the waters of what web design will have to achieve on this platform.

For now it is best for businesses to focus on mobile optimisation that makes sites easy to use on smartphones and tablets, since these make up the bulk of browsing sessions for most users. If wearables do become more ubiquitous in the future, then further integration attempts may be necessary.

« Do consumers would pay to avoid advertising breaks and online ads?
What to do about the burning sensation in the knee? »