Top Designers of the 20th Century

Something special occurred during the 20th century. Furniture moved from being purely functional to becoming works of art. Thanks to the innovation and imagination of some key designers, furniture started to be inspired by architecture and ideas of modernism. Here we look at a few of the designers from the 20th century who pioneered iconic styles and bold ideas:

This Scottish designer preceded the Modernist Movement, but had a significant impact on it. He was a huge advocate of the Glasgow School of Art and created simple styles, as opposed to bold patterns and embellishments. He was inspired by balancing the practical aspects with artistic elements, taken from ideas from Asian art and Art Nouveau.

The American Frank Lloyd Wright wanted to become an architect, so moved to Chicago to study with pioneers in design.  to work with pioneers in the design field. He started his own business in 1893 and developed a concept of working with organic styles in architecture. Whilst being well-known for building projects such as the Larkin Building, he also dabbled in furniture design. His work in both exterior and interior design made him one of the most influential American architects of his time.

Florence Knoll studied under some highly influential designers of the era and started designing furniture after beginning a career in architecture. Her husband was already successful in the furniture business and she brought her experience of architecture by applying concepts of space and modernity to the company’s existing furniture collections. For your own Florence Knoll Sofa, visit https://www.pash-classics.com/living/sofas/florence-knoll-sofa 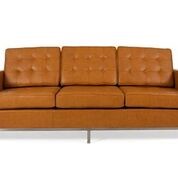 Breuer graduated from the respected Bauhaus art school in Germany. He moved to the U.S in 1937 and opened his own business in 1946. The piece that brought him fame was the Wassily chair, named after a Russian painter. Breuer broke from the traditional heavy furniture designs to create light frames that featured tubular steel in smooth lines.

The Eames’ were a dominant force in furniture design in America from the 1950s to the 1970s. Their Lounge and Ottoman chairs being their most popular designs. The married couple also engaged in projects in photography, architecture and film. They were an inspiration for many other leading designers of the era. 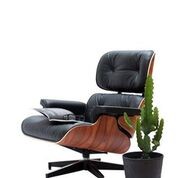 The Danish designer and architect is best remembered for the iconic egg chair design, that has inspired so many other furniture pieces ever since. Jacobsen moved from architecture to designing furniture in the 1950s, focusing on light and stylish designs which unique shapes designed for comfort and luxury living. He was a hugely influential figure in the world of Scandinavian design.

« What is lurking in your old mattress?
8 things (and some extra) to do after installing Ubuntu 18.04 »