The Royal events that we enjoyed in 2019

In 2018 we were treated to a number of incredible Royal events with many people travelling from all over the world to catch a glimpse of the Royal family. Those people who were lucky enough to have booked Meeting Rooms Windsor based would have had ring side seats to many of these events. Staying in a Windsor hotel gives you a great base from which to explore the area and some of the United Kingdom’s most magnificent attractions. If you are looking for meeting rooms in Windsor it is worth seeing what events are going to be happening in the local area beforehand. 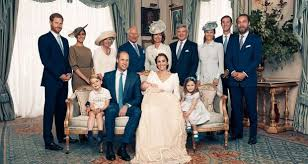 Back to the royal events. Here is a list of some of the royal delights we enjoyed in 2018 and there are more to come in 2019 after the announcement by Prince Harry and Meghan of their pregnancy.

Harry and Meghan’s Weddings – On 19th May the world paused a little to watch Prince Harry and Meghan Markle marry in St George’s Chapel in Windsor Castle. The ceremony was very much a celebration of love and the culture and heritage of the couple.

Birth of Prince Louis – In April the royals welcomed Prince William and Kate’s third child Prince Louis into the family. In true royal style. Louis is the younger brother of Princess Charlotte and Prince George.

Princess Eugenie Wedding – Another royal wedding took place on 12th October between Princess Eugenie and Jack Brooksbank which was also held in St George’s Chapel in Windsor. Her was beautifully designed by Peter Pilotto and was a beautiful fitted gown with a low back. This exposed Eugenie’s scar from her scoliosis surgery when she was a child. The princess has been praised by many people for this.

Another royal birth – In the summer Zara Tindell gave birth to her second child with husband Mike Tindell. This was a much-celebrated event following the couple’s sad news of their two miscarriages. Baby Lena was born in June and joins the couple’s older daughter Grace. 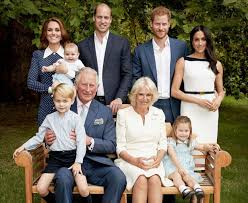 Turning 70 – On 14th November Prince Charles turned 70 years old. This makes him the heir apparent that has been serving the longest. The occasion was marked with the traditional family portrait of him along with Camilla, Prince William, Kate and their children and Harry with Meghan.

2018 really was the year for celebrations in the royal family and many families held their own parties at home to watch the many events that took place. It was a year that brought the country together once again.