The beautiful town of Tewkesbury.

Nestling next to the River Severn lies the beautiful town of Tewkesbury. It is one of the oldest settlements in the UK and has a very famous history being the site of a war of the Roses battle and having an Abbey and large Church that is almost at Cathedral status. It’s a lovely place to live and has all the amenities including a Hospital and a wide variety of places to eat and drink. It’s also a lovely spot to retire to and Park Homes Gloucestershire can really help with that. Have a look on http://www.parkhomelife.com/ to get an idea. 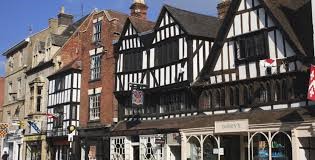 Tewkesbury still has very strong medieval roots and the it’s easy to see why this town has been so often visited since the Victorian times as a unspoilt gem of the period. It is to spot straight away as soon as you enter the many streets as the architecture has changed little. The Black and white mottle and daube facia are still there and some of the houses are showing signs of control subsidence due to their age. The town is famous for many things the most prominent being.

It has one of the works of Thomas Telford. This is wrought iron bridge crossing the Severn.

It has the oldest pub in Gloucestershire. The Black Bear pub first started serving in 1308 and has been going strong ever since.

There is the Roses theatre which stages many productions throughout the year and it is also the site for the last appearance of Eric Morecombe who collapsed just before going on stage. Despite being rushed to Cheltenham General they were unable to revive him. The theatre has named a conference room in his honour and single rose is placed on the door on the anniversary of his death. 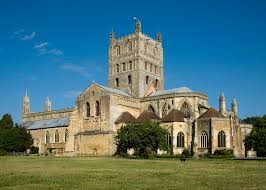 Tewkesburys Royal Hop Pole Hotel is immortliased in the Pickwick Papers by Charles Dickens. That not all Shakespeare name checked the town on many occasions and also in his epic work Richard the third due to its importance in the war of the Roses directly effect this last Plantagenet King.

The Abbey at Tewkesbury is a Norman church so it date right back to the year 1100. Henry the Eigth was not a fan of the Abbey melting down some of its bells and having a lot of the place damaged and destroyed when he tried dissolution on the abbey.

The town reenacts the battle of Tewkesbury every year with huge festival of joisting and archer. There is a tourney and also a recreation of the battle. Many locals join in by hanging the colours for their favorite Knight outside their home. It’s a nice place to spend the day in especially browsing the quirky shops.