London Heathrow Airport is not only the busiest airport in the United Kingdom but also is amongst the top three busiest airports in the world. Approximately fifteen miles west of Central London, Heathrow has a number of major road links connecting it to the city and beyond, in addition to plenty of public transport options. Whether you are en route from a timeshare vacation or perhaps traveling to a destination to explore it before committing to a timeshare, the following is a quick guide to LHR.
Terminals 1 and 3 are accessible from junction 4 of the M4 freeway and junction 15 of the M25. The terminals are signposted from here. For Terminal 4, you need to take junction 14 of the M25 and from the M4 it is junction 4b. Terminal 5, which opened in 2008, has its own separate road leading to it which can be accessed via the M25 junction 14. From London itself, the fastest way to get to Heathrow is via rail from Paddington railway station. The Piccadilly Line on the London Underground runs regular services to all of the terminals. 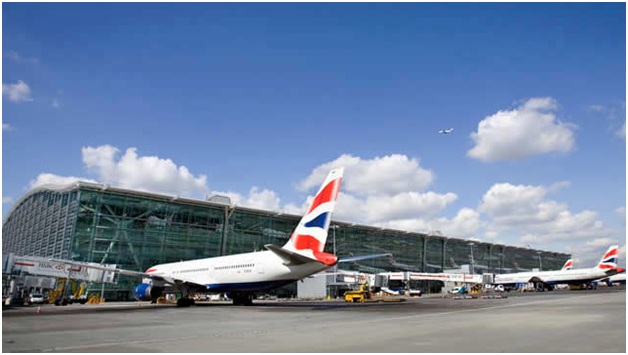 From locations across the United Kingdom, one of the most popular ways of reaching Heathrow is via coach. Most major coach operators run regular services. Heathrow’s location is also advantageous for connecting flights from other nearby airports; Gatwick is just 28 miles away and Luton Airport 34 miles.

Since Heathrow is one of the world’s busiest airports, most of the major airlines run flights to and from here. If you are travelling to a timeshare organized with a specialist, you will find that British Airways mainly operates from Terminals 1, 5 and 3 while Virgin Atlantic mainly uses Terminal 3. Most of the domestic UK flights can be found at Terminals 3 and 5. Other major flight operators include American Airlines at Terminal 3, Qantas which also departs and arrives from T3 and Iberia whose flights operate from Terminal 5.

If you want information both on local attractions, navigation and hotels both here and/or at the other end of the flight; you can use local tourist information points, ask someone or maybe read up before hand.  If you are travelling abroad to look at a potential property for investment reasons you should consult your agent as they may have helpful hints and tips, someone like Robert Stones at Target Markets who specialise in buying property abroad could help.
Exploring London

London is of course one of the world’s most famous and historic cities. If you are connecting between flights or using LHR as a stop-over, you may want to use the opportunity to explore the city. In addition to the world class attractions in Central London, there are many delights to be discovered in the surrounding areas. if you decide to hire a rental car, please be aware that you may need to make a payment if you intend to travel through areas covered by the London Congestion Charge.

For car hire, it is usually easiest to use the companies based at Heathrow. In Terminals 1 and 3, the car hire desks are situated straight ahead from baggage reclaim on the left-hand side of the concourse. Shuttle bus access to the car hire desks is available at Terminals 4 and 5. You can catch the shuttle bus at Terminal 4 from near the taxi rank outside arrivals and from Terminal 5 the buses leave from Walrus Road, which is to the left as you leave the building.