Ever wondered where the idea of carpets came from?

It is something of a given that we now all have a bit of shag pile down on our floors keeping us warm. Although there is something of a movement back towards hardwood floors, the carpet remains the most popular substance to have under our feet when we are at home. Where does the humble carpet come from? One thing is for sure they certainly need cleaning regularly and a Bristol Carpet Cleaning like http://carpetcleaningcompanybristol.co.uk/ can certainly provide you with that service. What about why we have carpets, where did the idea come from?

Historical evidence of carpets is hard to come by. This is mainly because the carpet is made from wool, silk or cottons that eventually decay and rot away. The only example that we have of an old carpet is one that were found in Siberia. The extreme cold and frozen conditions preserved it. We think that they had carpet back as far as the Neolithic times. People were begining to set up communities and establish proper trade for the first time along with farming and animal husbandry. Because of this there was no need to constantly be on the move hunting and gathering so the people were able to establish a permanent base. It’s also thought that the carpet was a way of showing status to others to illustrate that they were important enough to have an established home and that they didn’t need to migrate. This is one possible theory, the other is that a good bit of carpet laid over a rough floor was one of the best ways to keep out the chill plus it looked good too. 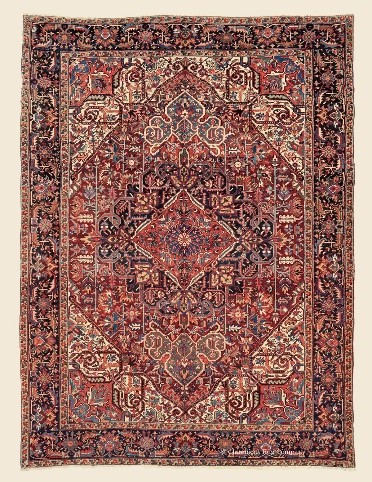 Most peasants and commoners could not afford the expensive pieces of material that were for the most part handcrafted.  They had to make do with straw or stone slabs. The first indication of productions of carpet on a larger scale comes from the Middle east around about the second and third centuries. Travellers such as Marco Polo noticed the grand designs and brought them back along the Silk Road that subsequently saw more of them come back in trade to Europe.

Carpets now are mass produced by machines, but if you own a carpet dating before 1920 then you may well have an antique on your hands. These are highly regarded as they are hand made and use natural dyes as opposed to the synthetic long-lasting ones we use today. Most pre-1920’s examples can be viewed in museums for preservation such as the V and A in London on Exhibition Road.

« Why are women still not working in construction?
Top UK Sporting Events »