Decluttering can be cleansing for the mind

Having too much stuff seems to be a disease of the 21st Century. Many people seem to equate their successes in life to how much stuff they have. But does it really make them happy? Its hard to tell you’d have to ask them. However, they don’t seem to please on the buried alive programme where the whole house is just full of old newspapers and stuff that they have been unable to throw away. Sometimes this is in part to a mental illness or just a simple sense of not being able to let things go. This can indicate a type of trauma being suffered. Why can’t they let these things go? The rational part of the mind is telling them, we have to much stuff here, but the irrational side is saying it might be useful one day. 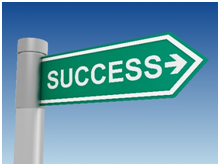 You certainly can’t run an organisation like this but If you own a business and the place is starting to look like it could do with a spring clean and you are looking for office cleaning in Gloucester then http://intocleaning.co.uk/services/office-cleaning/ can help you out. 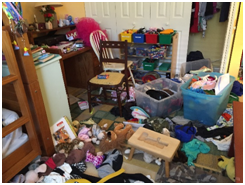 True story providing my point above. My Uncle suffered from paranoid schizophrenia. It made him housebound for much of his adult life. He received the help of a meals on wheels service and duly accepted them every Monday, Tuesdays and Fridays. Each meal came in a little tinfoil tray with a heat shielded cardboard lid. He would dutiful eat the meal and then scrupulously wash out the tray and the card. He would then store these in his spare bedroom, for years. There was quite a pile. He had a routine and he was sticking to it. When we suggested that he didn’t need to keep them as they were disposable he panicked and said that he wasn’t sure if the meals on wheels ladies wanted them back. No amount of telling him that they did not made any difference. He was keeping them.

In the modern age our treatment and support of people is much better and with counselling and help he would have been better after rather than the chemical cosh that was used. We have also established system that helps to organise your home. A quick trio to Ikea shows that, certainly with that company, they are committed to decluttering and organising our living rooms with very helpful storage you can design yourself. If that doesn’t work then the many cheap goods shops have more plastic storage boxes than you can shake a stick at. So be wise and start to organise. It’s not like our ancestors had that much stuff and they seemed to do ok.