Since the 14th century, Paris has lived up to its Latin motto “fluctuat nec mergitur” (twirled by the waves but not drowned). In recent months the City of Light has come to symbolise a beacon of hope amidst turbulent tides of hostility. Now it offers the world inspiration as host to one of the most innovative architectural competitions in European history: “Réinventer Paris” requests architects from every corner of the earth to collaborate on the redesign of 23 Parisian sites. Initiated by City Mayor Anne Hidalgo, the project is dedicated to the creation of sustainable, shared spaces reflecting the ideals of the “Paris of Tomorrow.” 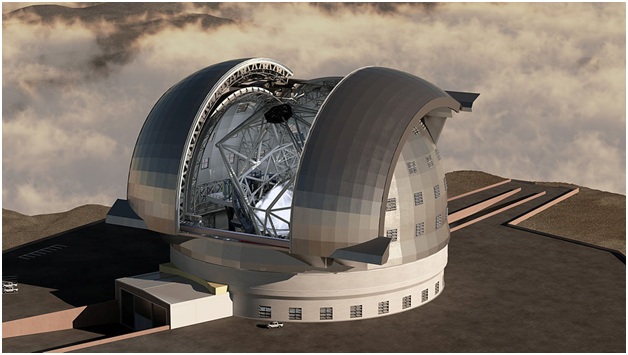 Following a three-stage competitive submission process, Réinventer Paris announced David Chipperfield Architects Berlin and Parisian Groupe Emerige as winners of the Boulevard Morland redevelopment. Located in the city’s forth arrondissement, this area is home to Notre-Dame Cathedral, on the river Seine’s Right Bank. The new design aims to regenerate the 1950s/60s city administration building by integrating an inhabitable artistic installation by Studio Other across the top two floors. A fine dining venue with panoramic views over the city will also be created to establish a new social landmark for the people of Paris.

The new design aims to nurture a cradle of biodiversity by harmonising with nature to link the business districts of the Greater Paris region. Named “A Thousand Trees” the curved translucent bridge will span Boulevard Périphérique near the Palais des Congrès de Paris. Note the main feature of the Pershing Plot will be a cascading planted roof expected to become the new emblem of French urbanism, in addition to providing a rich source of inspiration for future 3d architectural visualisation projects like those by http://www.redandgray.co.uk and others. The structure will also offer 30 per cent social housing provision.

Among other notable redesigns is Perrot and Richard’s proposal for the 15th century Hôtel Particulier de la Bûcherie (5e), which will become the first philanthropy incubator devoted to helping new Parisian charities serve the needs of the local community.