There aren’t many films that spend a lot of time in the bathroom. However, as a room that’s essential to our daily needs and lives, it’s only fair that sometimes directors choose to include the world of the bathroom in their story-telling. Here are some examples of when the silver screen shows us the bathroom in all its glory: 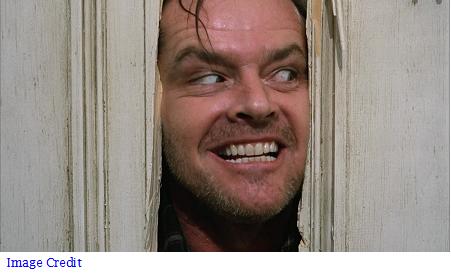 This iconic movie ranks second in the American Film Institute’s top 100 films of all time. Remember when Sonny’s youngest brother, Michael Corleone (played by Al Pacino) leaves the wedding celebrations to head to the bathroom where he has hidden a gun behind the toilet tank. He can now exact revenge for the attack on his father.

‘Here’s Johnny’ is a phrase you never want to hear when you’re in the bathroom. This is an iconic bathroom scene that scared the heck out of everyone as Jack Nicholson smashes through the door with an axe! Driven crazy by acute cabin fever, he stalks his wife and child throughout the huge, desolate and terrifying Overlook Hotel.

This movie contains one of the most iconic bathroom scenes ever. Richard Gere’s character doesn’t really fall for his new escort friend until he sees her thoroughly enjoying a luxurious dip in a huge bath tub whilst listening to music on her headphones. Thus begins one of the greatest love stories ever seen on the silver screen – and it all starts in a bathroom! To fall in love with your own bathroom, look at the range of Bathrooms Northern Ireland at https://bathline-bathrooms.com/

The first film in the 007 series to star Daniel Craig, the opening scenes shot in stylish black and white show Bond pursuing his target into a restroom in Prague. It all goes a bit wrong but thankfully Bond survives to experience a later fully-clothed, dramatic shower scene with Vesper.

As a poor left home alone for some time, you can imagine that personal hygiene isn’t going to be his priority. He does however come to the realisation that personal grooming is required, and we are treated to a full narration of his ablution preparations. The movie famously ends with his hilarious reaction after splashing aftershave on his face for the first time. 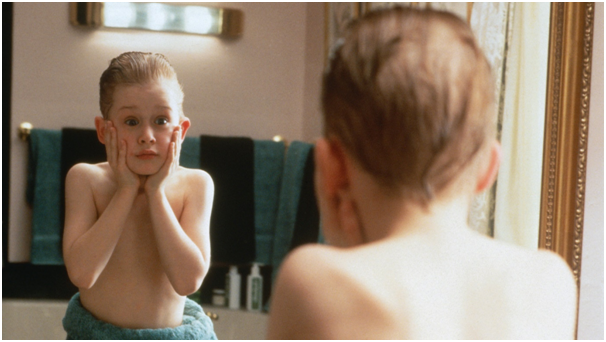 This was the film that inspired a whole generation kids to learn karate. Before Daniel meets Mr Miyagi, he decides to carry out some unique revenge on the school bully during the Halloween dance in the gym toilets. The bully, Johnny, is smoking marijuana when Daniel hoses him and thoroughly soaks him.