A Nurse from Norwich

One hero from Norwich was a nurse called Edith Cavell. Her name became famous because she on 12 October 1915, she was executed by firing squad by the German army for helping Allied soldiers escape home from occupied Belgium. This atrocity caused huge outrage and guaranteed her being seen as a martyr. Her story became a focus of propaganda to drive up numbers of volunteers joining the British Army.

Born in the village of Swardeston, near Norwich, her name lives on as an example of strength, bravery, compassion and human spirit. Such is the power of her memory that the 11,000ft Mount Edith Cavell, in Alberta, Canada is named after her. For Norwich Web design, visit https://cd2solutions.co.uk/services/web-design.

Edith Cavell was born on 4 December 1865 in Swardeston to Reverend Frederick and Louisa Sophia Cavell as the eldest of four children. Her father was a vicar in the village for 45 years. She moved to Belgium in 1890 to act as a governess for a French family. She also travelled to Austria to work in a free hospital. She once wrote in a letter that one day she would do something useful, something for people. It seems she was certainly destined for martyrdom. 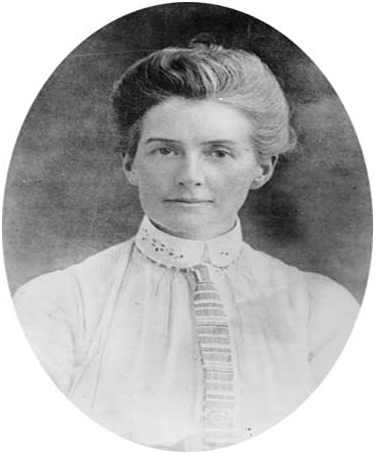 Cavell started training to be a nurse at the Royal London Hospital in 1886 under matron Eva Luckes, who was a friend of Florence Nightingale. She finished her training in 1898 and in 1907, she was recruited to be the matron of the new nursing schools in Brussels. When news of the First World War broke out, she was visiting her mother in Norfolk and when she returned to Brussels, she found her clinic and nursing school had been taken over by the Red Cross.

When the Germans occupied Brussels in November 1914, Cavell began sheltering British soldiers and aiding their escape to the neutral Netherlands. Cavell hid the soldiers in safe houses and in the hospital and because of this around 200 servicemen were able to escape the country. Unfortunately, Cavell was arrested by German troops in the August of the following year, found guilty of treason and was sentenced to be executed. At the time there was a German military law that allowed foreigners to be convicted of treason!

When Cavell was executed by firing squad on the morning on 12 October 1915 there was global outrage and double the number of men began joining the British Army to 10,000 a week spurred on by such a tragedy. Set up in 1917, The Cavell Nurses’ Trust, which still operates to this day, assisted nurses and healthcare professionals who were in need.

There were some allegations that Cavell was involved in more than just nursing and was engaged in espionage by leaking German military plans back to the UK. The British government has always denied this but the former head of MI5 has revealed evidence to support this theory.  Detailed plans were found sewn into clothes and hidden in shoes at the end of the war. Whether there is any truth to this or not, Edith Cavell was and remains a true heroine and saver of many lives.

« Should teachers wear body cameras?
The most beautiful tree house in the world we have found in Sweden, with direct views of the northern lights »