Trello, the popular task and equipment manager has been sold for 425 million dollars

The well-known productivity software will become part of the Attlasian family, who have purchased the product for $ 425 million. Trello is one of the most popular applications for organizing tasks, either in personal lists or collaborating with a team. The tool has become well known over the years thanks to its simplicity and excellent use of what is known as the Kanban method for managing tasks. 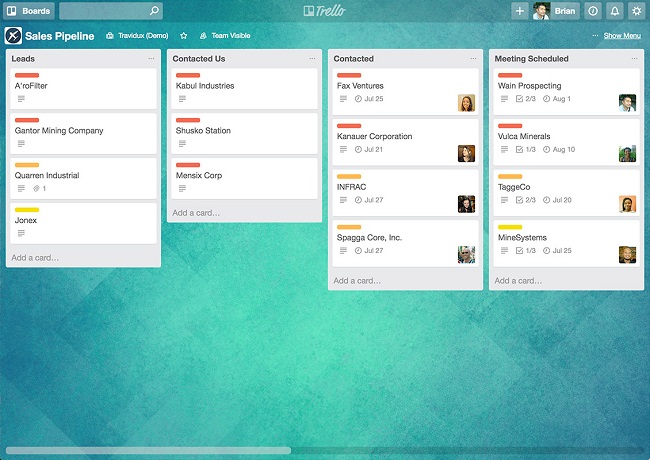 Trello was originally launched in 2011 and in less than a year the site passed the 500 thousand users. In 2014 the startup achieved a fundinground of more than 10 million dollars, and by 2016 Trello already had more than one million active users per month and 19 million registered users. Now it has become the largest acquisition in the history of Atlassian, the software producer will pay 360 million in cash and the rest in shares.

This is the eighteenth acquisition of Atlassian in its 14 years of operation. The company specialized in the creation of software counts in its catalog of products with popular tools like HipChat, Confluence, Bitbucket and more.

The acquisition of Trello is likely to enhance the company’s mission to enter the world’s workplaces. It already has Hipchat as its current communication tool for teams, and the success of Trello has motivated the company to expand its entry in this market through that product. The 100 employees that Trello currently has, will become part of Atlassian.

A Trello + Hipchat combination may be a lot more competitive in an environment where big ones like Microsoft with its Teams tool, the same Facebook with Workplace , and Google joining forces with Slack take more and more force and leave little space for new emerging faces.