Seven lightweight Linux desktops worth trying on any computer

There are almost as many desktops as Linux distributions. Each one usually incorporates one or more default: in the case of Ubuntu found Unity, in the openSUSE is traditional see KDE, in the Fedora we have GNOME and in Linux Mint its graphical environment star is Cinnamon. They all have something in common: they demand a lot of resources from the machine that runs them.

Obviously, not all computers can safely move these desks. To counter such heavy graphics environments there are very light options. If you have a limited power equipment (or an old one you want to breathe new life into), then you should try out any of the seven lightweight desktops that we will recommend to you in this article. 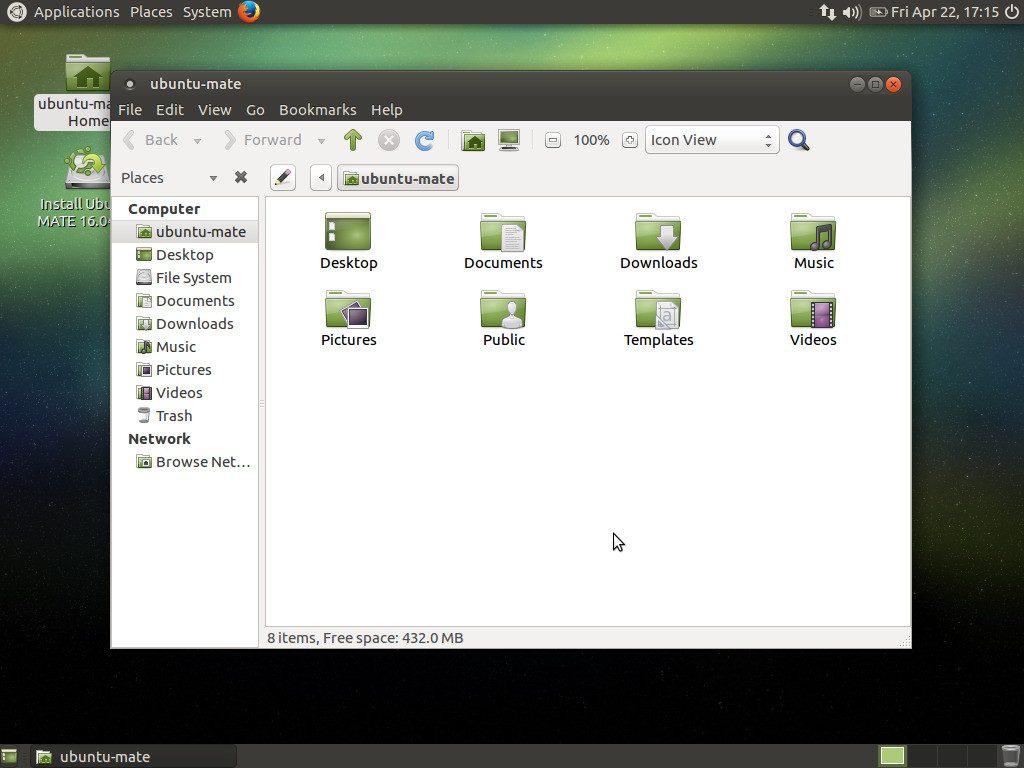 XFCE is an open source desktop written in C. Its main features are its speed and its light weight, which is expected to cause less problems to the CPU and RAM (in fact only need a processor with a speed of Less 500 MHZ and 256 MB of volatile memory). It is composed of separately structured parts, which combine to create a complete graphical environment.

The current version of the XFCE desktop environment is 4.12, released on February 28, 2015. Previews of windows and list mode were introduced by pressing the Alt + Tab key combination, windows docked at the corners of the desktop, a New dialog to configure the wallpaper with support for different backgrounds in each workspace, tab support in the Thunar file manager, a new add-on for power management and support for Blu-Ray burning on xfBurn, among others.

MATE is another lightweight graphical environment that comes up as a fork of GNOME2. When GNOME3 was released many users and media criticized it harshly. Its acceptance was not good for those who were accustomed to the previous version, and this graphical environment allowed to continue using it as if time had not passed.

At present it is one of the most acclaimed light desks, both because it is customizable and because of its stability. It is written in C, C ++ and Python, has a surprisingly low CPU consumption and does not slash RAM much. Speaking of the devil, you need only 512 MB of volatile memory and an Intel Pentium III 750 MHz processor.

Enlightenment or E is rather a window manager than a desktop itself. Its main advantage is that it can be used together with programs typical of other heavier environments, such as GNOME and KDE. When used with a set of own libraries, known as Enlightenment Foundation Libraries or EFL, it becomes a full-fledged desktop.

The latest version is E17, and has been completely rewritten. It’s a lightweight desktop, so much that works surprisingly well even on ARM processors (can be installed on a Raspberry Pi). Now, it is something complicated to configure and understand by those who are not accustomed to it. It needs only 64 MB of RAM and a processor of at least 200 MHz, making it the least demanding of the list.

This desktop environment first appeared together with Deepin Linux. It affects one of the main aspects that have been most criticized Linux in recent years: the ugly issue of design, incorporating a very attractive visual aspect. It also has a series of on-screen shortcuts that bring the system configuration closer to a few clicks.

Although it is a graphic environment with a very careful design, it is surprisingly light. I have had the opportunity to try it even on netbooks, and the fact is that it behaves very well despite the limited capabilities of the equipment. It needs 1 GB of RAM and at least one Intel Pentium IV processor to run.

Sugar began its journey as an interactive learning initiative for children. It was written in Python as part of the Sugar on a Stick project, one of many child-specific distros, which is part of the One Laptop per Child initiative. As is easy to imagine, these laptops are quite limited, making this desktop light enough to run smoothly. In fact, in order to operate it needs 512 MB of RAM and a processor of at least 400 MHz of speed.

Some of its features include a very simple design, multiplatform nature (can be installed on Linux and Windows), is easy to modify and offers anyone who knows how to program in Python to contribute to the project. Its main disadvantage, however, is not being able to work in a multitasking mode with it.

LXQT arrives to replace LXDE. While its predecessor was based on GTK and Razor-qt, this new iteration of this graphical environment combines GTK with pure and hard Qt. It can be obtained in different distributions, with Mageia as one of its main proponents.

What it does share with its previous designation is to be extremely resource-constrained, which makes it an ideal solution to install it on limited or old equipment that you want to revive. The environment calls for 256 MB of RAM and a Pentium 4 processor as a minimum to run.

Pixel was born as the “official” desktop of Raspberry Pi and Raspbian, although it can now be installed on any computer. It is a graphic environment that, like XFCE and LXQT, asks very little : with a computer that has 512 MB of RAM and an i386 architecture processor has more than enough.

Taking into account where it comes from, it is logical that this is a good option for limited teams. My Raspberry Pi 2 works wonderfully with Raspbian and Pixel, so imagine what you can do with a processor somewhat more powerful than the ARM chip that incorporates this mini-computer.