Who has not seen a target in a bar while drinking a beer and thought you would like to know the different types of dart games? We will explain some of the most played games of this sport for the next time you know what you are playing.

First of all we must clarify that there are many types of games that can practice in a target of a bar but here explain the two dart games common to playing people who, in turn, are practiced in official competitions. 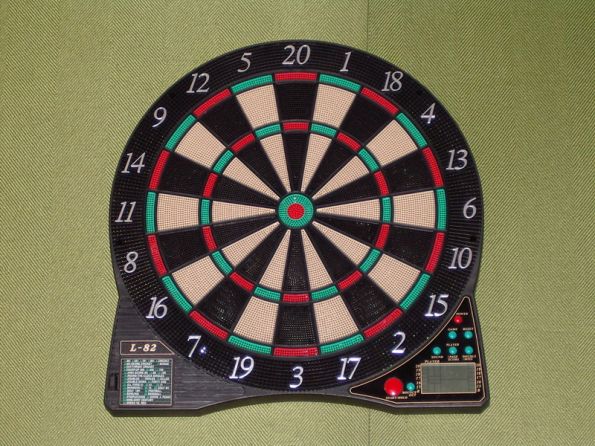 Common rules must take into account that to play darts needed at least two teams formed, at least one person each. There can be a maximum of 6 teams playing at once and ordered launched by turns three darts each. The targets consist of 20 numbers and two goals, in the center, worth 25 (outer) or 50 points inside. In addition there are two concentric circles that function as multipliers in the number of the sector to which they belong. The outer circle that matches the limit of the target and doubling inside three.

We started the game with 701, 501 or 301 points (depending on the variant you choose) and we’re throwing darts. The score with three pitches are subtracted from the score to relocate at that time. The first to arrive at 0 points is the winner. In some variations to close or end the game you need to hit with the dart at a double box score.

This is the form of gambling most common and most times you will see in bars. In this game we must close the numbers between 15 and 20 and finally the target .To close each number should hit three times. The player closing and the most points win.

To score points we must close a number and keep hitting that number whenever an opponent has not closed. By the time all the teams have entered into a number no one can score points with that. There are different variants depending on how to add or subtract points. We advise here focus on close first to the higher numbers, and then get many points; finish closing the other numbers and end with the target.

What you have like these tips and rules to play darts? Implement them and us counting the result. Go for the bullseye! 10 tips for a perfect holiday gift for an athlete Running a Sports Team on a Budget

« Just What the Doctor Ordered: The Health Benefits of Gardening
Who gets trust and those considered “influencers” consumers? »