Julius Caesar and the invasion of Britain

It is often asked, “what did the Romans ever do for us?” Putting aside the slavery part the Romans and their Empire give us a huge amount. Law, Peace, the Aquaduct. Public health such as baths and shaving the list goes on. It is quite possible that without the concept of the bath and the heated floor hypocaust the development of the modern boiler would have been held back years. Of course now we can rely on a Boiler Repair Gloucester based firm to help. 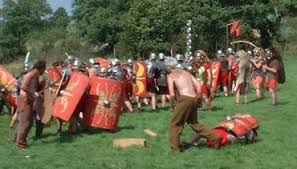 Julius Caesar is the first Roman leader to come to Britain. He does not stay long mainly because he is only invading the island for political and propaganda reasons. After defeating Gaul (modern France) he is recalled to the Senate in Rome. He is becoming too powerful and popular for the current leader Pompey’s liking. 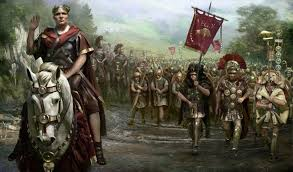 Caesar promptly says “shan’t”. He reports that he has noticed that the Gauls have been aided by their Celtic cousins the Britons and he wants to give them a message. He briefly invades Britain and has a few battles with the locals then leaves before they overwhelm the Roman forces. He then sends a message to Rome about how the Britons were the most vicious and difficult enemy he has ever fought and also points out how he beat them. His fame in Rome increases even more… « Adorable Otters and their natural quirky, playful habits
Reducing tension at your desk »