What is that awful noise?

Most of the time we don’t really think about our boilers and heating systems until you start hearing strange noises coming from the corner of your kitchen. I you find that unexpectedly your boiler starts making lots of noise you should take this as your cue to contact a Boiler repair Gloucester company like https://redbridgeandsons.co.uk/heating-systems-gloucestershire/boiler-repairs-gloucester/ before the problem gets any worse. 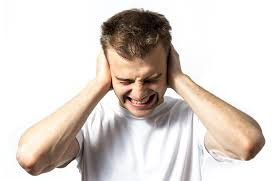 Boilers can make a variety of different noises and here are a few of them along with a brief explanation of what the issue may be. Although it is incredibly important that you always have a professional look at your system to deal with any issues that may arise.

Whistling – this could be caused by what is known as ‘kettling’. This is where limescale starts to build up around certain areas of the boiler and blocks the water from flowing freely around the system. This result in the some of the water to boil and create steam and the pipes to expand. This is the reason why this is known as kettling, as the noise is very similar to an old fashioned kettle whistling when the water has boiled. Whistling can also be caused by air being trapped with the heating system somewhere which will require your boiler expert to release this air and repair any damaged areas.

Banging – this is more often than not related to kettling and is a result of the pipes and metal ares in the boilers and heating system expanding due to the boiling of the water which results in the banging noise. This is a potentially very dangerous issue and needs to be looked at as soon as possible to avoid serious permanent damage from occurring to your boiler.

Gurgling – these gurgling noises can be very similar to the noises that your fridge occasional makes and is again due to air being trapped in the system or perhaps a blockage of another kind or sediment collecting at the bottom of the boiler. This all causes the tell tale gurgling noises and again these areas will need to be cleared out by a professional heating engineer. Gurling can also be caused by condensation in the system that has frozen during cold weather and the best way to clear this is to thaw the pipe. But again you should only do this with the help and advice of someone who knows what they are doing so that you don’t cause permanent damage to the pipe or cause it to thaw too quickly and the pipe to crack.