Nine funny things that science knows about your hair

Science is called trichology that studies the hair and scalp, an extension of our body as related to our health as with our aesthetics.

Although until recently it was considered part of dermatology, and obviously is closely related to that branch of medicine, trichology is already the protagonist of many studies and research in which many different scientific disciplines are mixed: nutrition, immunology, archeology and even the science of materials. 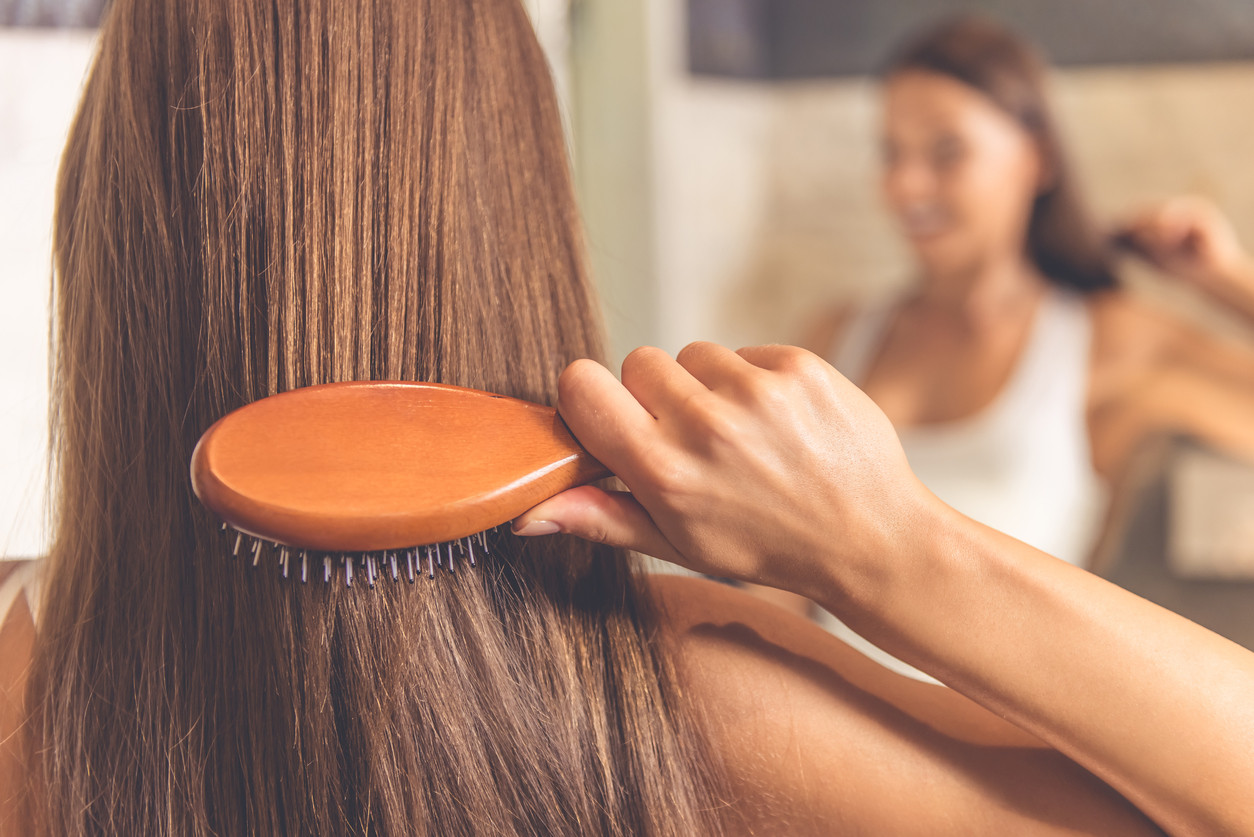 We tell you some curious things that all those investigations have made us learn about our hair, and others that still have no scientific answer.

1. All body hair communicates to grow at the same time

According to a recent investigation by the University of California – Irvine, the growth of all the hair of our body is regulated by a single molecular mechanism that adapts to each part of the skin, so that all the hair grows in a coordinated way but with different densities in each part of the body.

In animals, this mechanism helps them to maintain the coat that helps them survive. In humans, this discovery can help to understand hair problems such as baldness or abundance of hair in areas where it is not desired. It is also an example of how body tissues grow at a greater or lesser speed than others.

2. Your hair in figures

If there is something that scientists like, it is to put everything in quantifiable quantities, including hair, so make sure that figures come.

A head has on average between 120,000 and 150,000 hairs , about 250 hairs per square centimeter (although it can vary between 200 and 300). Each hair measures between 58 and 100 micrometers in diameter (a micrometer is one thousandth of a millimeter), and its shape when cutting is not round, but oval.

The average life cycle of a hair lasts 3 years , and it is rare to find a single hair that measures more than 1 meter, which would mean about 8 years of life (without ever cutting it). However, the longest hair recorded to date measured 4.2 meters, which means that, if it grew at a normal pace, it was not cut in 35 years.

Each hair can hold on average about 100 grams of weight . This means that 100 hairs could hold 10 kilos and, if our scalp could resist it, our entire hair could hold 12 tons.

They are the three main chemical components of our hair. The Keratin is a protein consisting of 18 amino acids formed in keratinocytes , located at some points of the skin cells divide and differentiate: part goes to the periphery of the hair follicles and the in- and outside the hair root, while others lengthen and form the hair itself. Along the way they are filled with keratin fibers. Afterwards, the keratinocytes die and the hair has already been formed.

To maintain its strength and shine , the hair needs lipids . Some are part of the hair itself, others are provided by the sebaceous glands of the skin. The lipids represent 3% of the hair composition, and provide cohesion and some impermeability to the hair fibers. The production of this fat is regulated by hormonal processes, and that is why some imbalances result in excessively greasy or too dry hair.

The melanin is responsible for the natural color of your hair . It is created in the root, in cells called melanocytes, and then it is transmitted to the keratinocytes as the hair grows. Despite the great variety of natural hair colors we know, melanin has only two pigments: eumelanin , darker, and pheomelanin , clearer.

4. Why some of us have straight hair and others curly

Three factors influence the texture of the hair. The first is a gene called TCHHresponsible for coding a protein called tricohialin that is formed inside the hair follicles. A research conducted in 2009 found that a mutation in that gene was linked to a greater likelihood of having curly hair.

5. Why we attract more colors of hair than others

This is where science begins to draw conclusions with much, much caution, since in a question that mixes subjective preferences, psychology and evolutionary reasoning, it is difficult to establish unequivocal evidences . Let’s say that science knows … more or less.

For example, a study conducted in 2012 with the intention of determining which color was more attractive in a potential sexual partner concluded that, in fact, men like blondes more . Other research suggested that the reason is that blonde women seem more “needy” and therefore the risk of rejection is less.

In contrast, the blond men received no more attention than other brown or brown hair. For them, the blond men seemed unreliable and with little inclination to compromise.

According to anthropologist Peter Frost, the reason for preferring blondes is scarcity : we are attracted to people who seem a bit exotic to us, and since in most parts of the world blond hair is scarcer than dark hair, there the explanation.

Of course, this theory does not seem to fit with redheads , the scariest hair color in the world and that however is not especially attractive according to several studies.

Is it because of the freckles? Some theories suggest that it is not just hair color. The type of skin of redheads, usually covered more or less freckles, has a higher risk of cancer , and that could cause a potential couple to feel unconsciously reluctant to intimate with genes that are not the best that can leave his offspring.

But the main reason taken into account when analyzing the attraction or aversion towards redheads has less to do with genetics and more with cultural prejudices , which explains why a red-haired woman is more attractive, generally, than a red-haired man .

6. The science of redheads

Since we are talking about redheads … what makes some of us develop that particular color? Why are there so few redheads in some parts of the world and so many in others? Why have copper hair leads to a clear and freckled skin without remedy?

Our genetic chain has between 50 and 70 genes related to pigmentation, but only one is responsible for a person being redhead . It is called MC1R , and a few varieties of this gene have the effect of preventing its carrier from developing the most common type of melanin, eumelanin , which produces the brown color, and only generates pheomelanin, responsible for the clearest shades.

It is not clear when these mutations arose, but we do know with certainty where they did it: in the northern regions of Europe that today correspond to Scotland, England, Holland, northern Germany, Iceland and Norway. The main advantage of these gene mutations is the ability to generate vitamin D in places where there is little incidence of sunlight , so it seems safe to venture that it is an adaptation to live in those northern territories.

But what is an advantage can also be a drawback: the absence of eumelanin leaves redheads more exposed to solar radiation, to the point that a study published in Nature ensures that the risk of redheads to suffer from skin cancer It is the same as other people after two decades of sun exposure .

Other curiosities related to the redhead: the MC1R gene is not only related to the production of melanin, but also to other parts of the body. For that reason, and although the difference is not too great, redheads have a lower pain threshold and their blood takes longer to clot .

7. The mystery of gray hair

How gray hair is formed is a process well known to science: hairs are originally white, and they are melanocytes, cells that produce melanin (mixing eumelanin and pheomelanin), which dye our hair with our natural color. At some point in our lives, melanocytes reduce their production and our hair becomes white.

Now, why is this happening ? That is not so clear. One hypothesis is that melanocytes develop with a kind of integrated clock, and that at a moment that mechanism slows down and stops its activity. Another bet for a genetic cause , pointing out how early gray hairs usually occur in parents of children alike.

Here is the million dollar question. Knowing why we stay bald would be the first step to solve it, so there are many investigations looking for answers.

One of them , carried out by Japanese scientists, tried to analyze why it is that people, especially men, lose their hair with age. Analyzing first mice and then people between 50 and 70 years of age, they determined that over time we have smaller and scarce hair follicles . When that happens, we lose hair and it does not grow anymore.

The cause is that with age the production of a type of collagen, called COL17A1 , responsible for maintaining healthy stem cells inside the hair follicles is reduced . Over time and without this collagen, the hair follicles become epidermal keratinocytes , the most common cells in the outer layer of the skin and from which hair does not grow.

9. Okay, but why do some of us bald before others?

As in the case of gray hair, the answer is not very clear, but obviously there are differences between some people or others, especially among men, when it comes to losing hair and not recovering it. In this question, the hereditary and genetic factors are combined with our environment and our habits .

An investigation tried to answer this question and for it analyzed genetic material of 20,000 men, and found 63 genetic alterations associated to this condition . Some of them are also related to other physical characteristics, such as a smaller body size, early puberty, increased risk of certain types of cancer, clear skin or higher bone density.

« Captcha de chess: the best move against the bots
How to make sure that a download on the Internet is safe before downloading the file »