Half squat or full squat: The definitive guide on which one is better

The squat or squat is often the star exercise and the most used to improve the strength of the lower train, probably being the variant of rear squat (with bar behind) the preferred by most.

Within this variant, there are still doubts about the depth of the same and which is better to use, if the half squat or full squat, and if any of them is superior to the other. 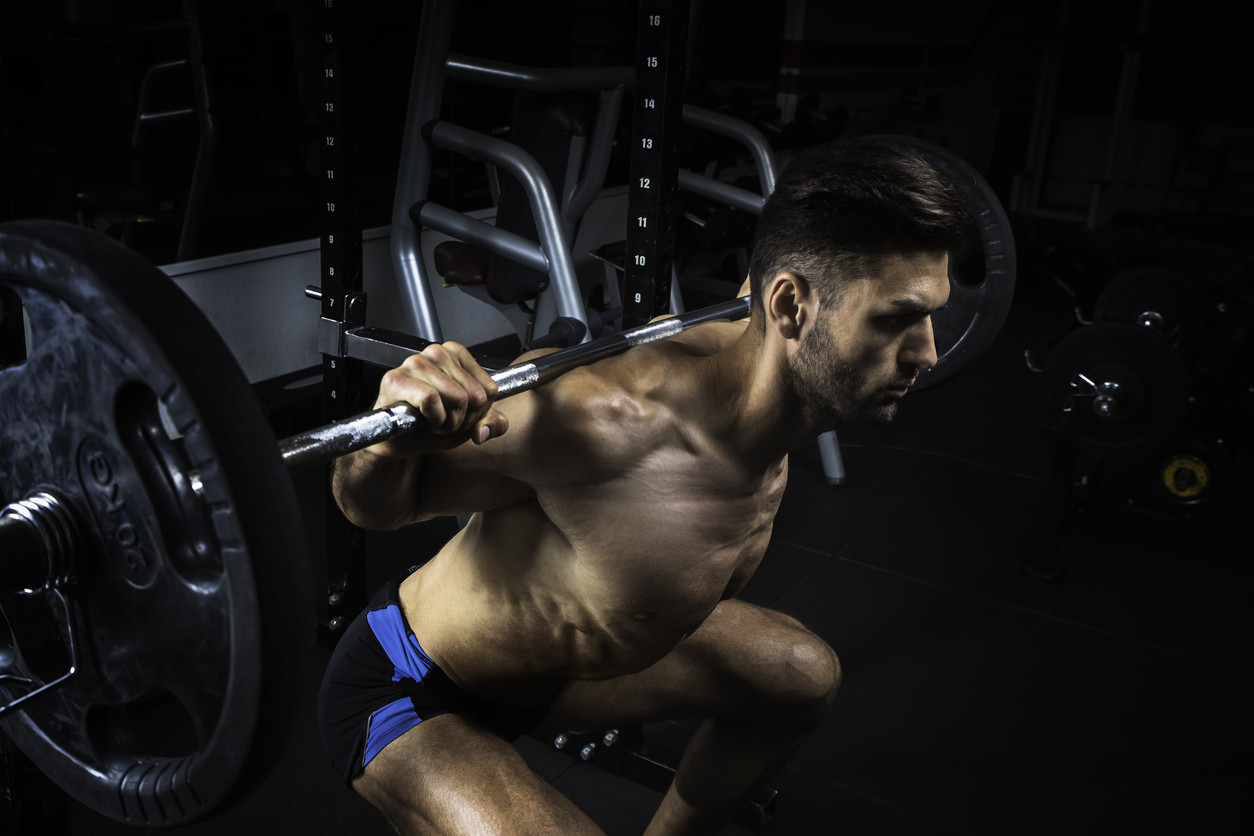 In turn, despite their common use, little is known about the neuromuscular changes that occur from the point of view of muscle activation between one and the other squat.

It is considered a half squat when the knee flexion is done at 90 degrees , that is, the thigh is horizontal with respect to the ground.

This is well known but there are more questions about what is considered a full squat .

In the words of Juan José González Badillo, one of the greatest eminences in strength training in the world, and taken from the interview that the Powerexplosive team did , which I recommend to everyone, we would consider the following as a complete squat :

A squat can be considered complete if it exceeds, even slightly, the horizontal of the thigh with respect to the ground. That is, it is not necessarily to force the maximum possible flexion. The greater or lesser flexion will depend on the joint mobility of each subject

Therefore, it is not necessary that the gluteus is touching or almost touching the ground as indicated by some trainers or gym users, that it seems that you are not doing anything if you do not flex as much as possible.

It will depend on the joint mobility that each one has and not all of us will be able to reach the same degrees of flexion.

What should we consider previously in a squat?

The muscle forces in a squat vary depending on joint positions , regardless of whether the muscle acts as the main or stabilizing motor.

The evidence suggests that architecture, the position and function boost muscle performance during the squat.

In turn, this would improve the prescription of strength and conditioning training with respect to this exercise.

What muscles are involved in a squat?

The squat is a multiarticular exercise in which a large number of muscle groups are activated simultaneously in a complex manner.

All these muscles are considered the main drivers during the squat exercise, with other muscles such as the soleus and the spinal erectors of the spine acting in a secondary or stabilizing way, respectively.

Increases in the strength of all these muscles can indirectly improve performance in both athletes and non-athletes.

What are the differences in muscle activation between one and the other squat?

Recently, in this year 2017, a study has been published whose main objective was precisely to evaluate the differences in muscle activation between the half squat and the full squat (we speak of a back squat).

An important fact is that the external load (weight) was the same for both the half squat and the full squat.

The findings of this investigation showed that both the half squat and the full squat had a similar overall level of muscle activation of the quadriceps femoris (similar activation of the rectus femoris and the vastus lateralis and medialis).

On the other hand, in the average squat (contrary to what many people think) greater muscular activation of the gluteus maximus, the biceps femoris, the soleus and the spinal erectors of the spine was observed .

The half squat has greater muscular activation of the gluteus maximus, the biceps femoris, the soleus and the spinal erectors

As for the femoral biceps , it is known that it allows the extension of both the knee and the hip, being a stabilizer of the knee and a main motor of the hip.

In the study it was found that the femoral biceps had a longer moment arm (lever arm) in the hip and knee in the mid-squat, thus creating a greater extensor moment of the hip and knee.

So, better the full squat or the half squat?

Many coaches, athletes, gym users and even some experts have considered the full squat as a high-risk exercise for the knees and spine, defending the half-squat for having fewer risks.

On the other hand, there are others who defend the full squat to prevent injuries and for greater strength gains.

The reality is the following.

It is more than proven that the complete squat is more beneficial to develop the power , with beneficial effects for the strengthening of the knee and to rid of possible injuries , recommended to the entire population who practice sports.

It must be borne in mind that many of the exercises carried out in the sport produce an important stress on the knees, this being a stress much greater than that which can be caused by a correctly completed squat and with the appropriate loads (never reaching muscle failure in the exercise).

If we talk about physiological effects, I recommend again the interview of the Powerexplosive team to Juan José González Badillo, in which the benefits of this type are explained very carefully with the realization of the complete squat.

With regard to muscle hypertrophy ( muscle mass gain), which is usually very interesting, studies have shown superior hypertrophy with the full squat than with the squat average.

The full squat is more beneficial to improve power, strengthen the knee and prevent injuries, in addition to greater muscle hypertrophy

Everything commented above on the benefits of the full squat does not mean that we have to discard the half squat in our training.

As we have seen, the realization of the squat at different depths with the equalized load alters the muscular activation of the main motor (gluteus maximus) and the stabilizers (soleus and biceps femoris).

In this case, it has been shown that the half squat generates a greater muscle activation of these muscles compared to the full squat, the muscular activation of the extensors and the knee flexors not being affected by the depth of the squat.

Therefore, the half squat should not be discarded and of course we can use it based on our goal , although we must consider that the load used in this exercise must be less than that used in the complete squat.

Practitioners of the half-squat tend to displace a load that is too high and much larger than in the full squat, which increases the risk of injury and has no additional benefit.

The deep squat has greater benefits in general, especially when it comes to increasing strength and muscle hypertrophy, and even for the prevention of knee injuries.

Despite this, we should not rule out and of course we can use the half-squat for its benefits in terms of greater activation of certain muscles and work in another degree of flexion.

In both, in addition to using an appropriate technique, we must adjust the loads well , considering that we must never reach muscle failure, both because of the risk involved and because we will not obtain any additional benefit.

« Five tools that will help you choose the perfect typefaces for your projects
The Delights Of Camping In Gavarnie, South West, France »