Counting down the five most notable beards in history

Trying to create a countdown of the most notable beards in history is a tough job.

It could be even tougher without a collection of contenders all in one place, such as Beardoholic. It’s a fabulous collection of beards ranging from the wild and woolly to the perfection of Sean Connery’s post-007 perfectly sculpted facial masterpiece. 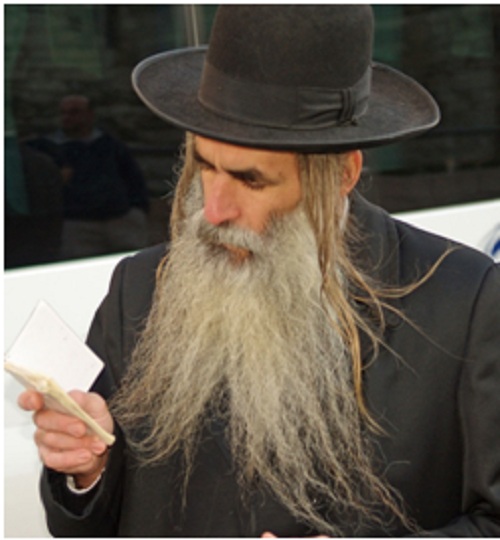 Renaissance man Leonardo da Vinci comes in fifth place. Some have said the Mona Lisa was a self-portrait without the beard. People have said all sorts of weird things about his paintings, but nothing bad about his beard!

At Number Four is philosopher, social scientist and co-author of The Communist Manifesto Friedrich Engels, owner of not just a magnificent facial mane but also a moustache that was a monster in anybody’s book.

At Number Three, grown at the suggestion of 11-year-old Grace Bedell who said it would improve his chances of becoming elected President of the United States, the most recognisable political beard belongs, of course, to Abraham Lincoln.

At Number Two, Hans Langseth’s beard is the longest in recorded history. Most of the 18.5 feet of facial hair was shaved off after his death and donated to the Smithsonian Museum.

At a well-deserved Number One is Harnaam Kaur. She (yes, she) began growing facial hair in her teens and stopped trying to remove it when whatever process she used was doing her skin more harm than good. The cause of what is now a very fetching beard was polycystic ovary syndrome, but unfortunately it started just when she needed it least: at school. The inevitable bullying led to self-harm and drove her too close to suicide for comfort, but she’s now a body confidence and anti-bullying activist with thousands of followers on Instagram.

There have been other notable beards, many of which were left to grow out naturally because grooming products such as beard oils weren’t on hand – for example, Tom Hanks in Castaway. If FedEx had included a shipment from a place such as Henry Tibbs on that particular flight, the whole story might have ended differently.

Unfortunately, it was not to be. Nevertheless, that was fiction, whereas the beards listed here were – and are – very much the real thing. Jeans, the perfect companion to any other garment