I have to admit that there were no little reason to avoid writing this article, although that matter, and I say, settle for reading. After what happened these days in the case of free courses of Maria Rosa Diez and the subsequent complaint Facua that revolutionized Internet and social networks like Twitter with the hashtag #FraudeCM, things may not require the need to add fuel to the fire. However, it was late when the news came to the media and even radio stations like Cope, gave voice to the protagonists to inform, stoking even further, the controversy surrounding this sensitive issue that deserves the worth knowing thoroughly.

Twitter became a real hotbed of messages and the hashtag promoted from Facua warming to become one of the national trending topics. The average Social was new protagonist, this time stained and discredited by bad practices and alleged fraud of a character who long has used all kinds of tricks to finish littering the reputation of this sector in addition to its own , if they still had some of it. 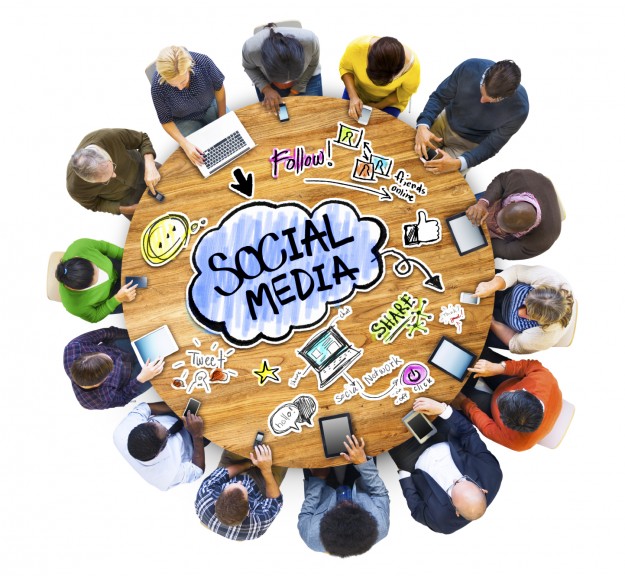 Still, the large number of messages denouncing such practices and the unfortunate radio address of Maria Rosa Diez, I came to cause more pain than anything else. Really. And notice that already long been one  warning and practices, threats and evil arts of a character that others had been baptized long as a real troll Internet, which threatens, defames and is able to close with other professionals such as Gaby Castellanos or the founder himself of meneame, Ricardo Galli.

This was a real crisis of reputation to blow up all the snack bar through which Maria Rosa Diez, is worth to seduce hundreds of gullible by offering free courses according FACUA, while making unfair competition, finally it seems ending charging , such as denounced also affected many of the assumptions claiming that never received diplomas. All this, not without avail itself of a reputation manipulated based on false promises and followers, and an imaginary professional image that seems to have finally been unmasked.

The big business of Juan Palomo

But let’s not forget, and most importantly, we are talking about the self-proclaimed in life tenure, Founder and President of AEPROSOME, Spanish Association of Professional Social Media, which describes itself as a meeting place for professionals in this sector Spain and where you will never find any of them, and even less to the most relevant outstanding professionals.We’re just a typical case of Juan Palomo business, “I cook I eat it.” That is, an enterprise network if not illegal, completely lawless, where the president of a nonprofit, always ends up benefiting their own businesses, and always involved in wars and battles with all professionals who in theory should represent. The same person to be threatened, proposed obliterate other associations as AERCO, Spanish Association of Community and Social Media Professionals, demonstrating once again that its monopoly was really all that mattered.

But make no mistake and lose perspective. We are not only against alleged fraud of courses and white lies of someone who needs them to be filled with glory into believing that imparts more courses than the INEM itself. Even David Copperfield with his magic tricks came many times to “deceive”. We are facing another example of the picaresque that are producing so much harm to our society. While some seek proliferate on merit, others make use of all kinds of tricks with the sole purpose of taking advantage no matter if this can harm others. It even curious to see how the police itself, punctuated by controversy and this lady assured advise, ignores and dissociates itself from any relationship after the impact of this news, and yet all this time, has witnessed all this without even bothering to investigate such practices and activity.

The sad thing about this story is that thereby Social media sector has been inflicted tremendous harm and has been seriously damaged. One never tires of saying that undeserved fame is due in large part to the practices of pseudo-gurus and “selling smoke” that ultimately end up damaging the work and the image of the true professionals. The community manager seems to be now a true outlaw. A professional profile whose future looked promising and that is degraded, or whose work is undervalued because those like Maria Rosa Diez, have tried to build a reputation based on all kinds of manipulation, fraud and deceit.

Some even have referred to this, as the biggest attack in history to a Community Manager. However, this is just simply a case uncovering the shame of a packed intrusion sector, which may need to be adjusted much better, seriously and represented mainly by experts and renowned professionals.

And yes, maybe in that the social media have to admit and recognize that it is also true that we live a new kind of bubble-era Internet, but perhaps all this also allows that there are many more opportunities for many people they can develop or at least keep working humbly but without cheating or unnecessary fanfare in times like the present. However, we can not deny that the advent of social networks have changed the world and many of the established paradigms, and although the boom that we live may at some time to relax, things’ll never be as they were before .

Everything happened too learn. Above all, companies and brands may discover with this, the clearest example of a perfect and raging storm on social networks. A reputation crisis book almost impossible to master, with devastating side effects, impact on the media and in turn serves to show us where the real power of social networks. People. How then will businesses to ensure their reputation if we do not defend the work and we have real experts and professional teams? How will evolve the sector if we let Social media proliferates under malpractices and abuses of pseudo-professionals trying to scam above represent?

then we fight to combat the injustices and uproot all the weeds sown by those opportunists who take advantage of ignorance or desire to learn from the unwary.