What is a joint and several director guarantee?

If a company needs a loan from the bank or other commercial lender, the latter will ask for director guarantees if the company’s assets are unlikely to offer sufficient collateral to cover the possibility of the loan not being re-paid.

In these circumstances, the lender will normally insist that the individuals offering such an assurance, known as a directors guarantee, have independent legal advice. Information on where to find this can be found widely online at sites such as Sam Conveyancing.

The whole point of forming a limited liability company is to separate the assets of the company from those of the directors. Unfortunately, directors may have to offer such guarantees to obtain financial support from their bank, for the reason stated above. So, what does joint and several liability mean? First of all, such a guarantee offers the bank options. It is not a pooled debt, payable by directors equally, and this is a major misconception which will be cleared up by legal advisors.

The lender can opt to seek redress from a group of directors, or ask an individual to cover the whole of the loan. It may be that one or more of the directors have substantial private assets which can be liquidated quickly to cover the debt. If that is the case, then they are likely to be first in the firing line. That is to say, any director can be held liable to pay the full amount owed to the lender. 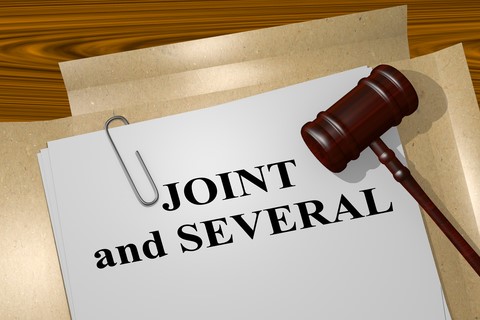 As a result, the individual liability, which all directors will have signed up to, means the lender can pursue the easiest option to recover the debt, and this is likely to be the preferred option. It should come as no surprise to company directors that banks and other lenders will adopt this belt and braces approach to guaranteeing the repayment of their loans.

Often, the lender will begin with the director with the most assets and run down the list, until the loan is re-paid. One issue, which directors should consider, is how much control they have in the day-to-day running of the company. It is bad enough to be asked to re-pay company debts, but even more galling if they do not have any real say in how these circumstances have come about.

Also note that it is not simply enough to resign from the company to avoid guarantee responsibilities. Where to Start When Planning a Large Event How Do You Get Rid Of Personal Confidential Waste What is a Tapping Machine Used For in the Automobile Industry?