We can all dream . . Chiron Versus Veyron

Bugatti makes cars that inspire adulation amongst millions of people around the world, even if only a handful of extremely wealthy people can ever hope to actually own one of its creations.
For more than a decade, the Veyron has been the firm’s undisputed flagship. However, now it has a successor to contend with, known as the Chiron, which looks set to blow it out of the water. 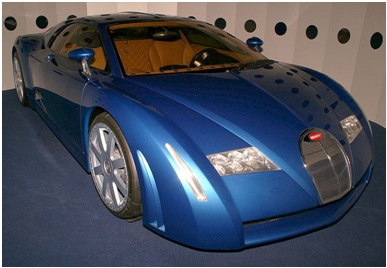 Could the reign of the Veyron really be over? Here is a look at how it stacks up compared to the Chiron in a battle of the hypercars.

There is no doubt that the Chiron’s styling is heavily based on that of the Veyron. Because of this, there is little to separate the two in terms of looks; if you fell in love with the sweeping curves of the Veyron, there is a good chance the Chiron will just as easily find a place in your heart.

On the inside, the usual mix of luxury materials and chrome detailing can be found, with the Chiron embracing a slightly more space-aged look than its predecessor. Get ready for carbon fibre dash elements along with a steering wheel that looks unsurprisingly sporty.

Both the Chiron and the Veyron are powered by an eight-litre engine with a W16 configuration. The newer model is more efficient in addition to being significantly more powerful.

The original iteration of the Veyron had 987bhp on tap, but the Chiron will easily exceed this thanks to its 1479bhp rating. While the Veyron could hit 62mph in 2.5 seconds, it is claimed that the Chiron can also beat this figure.

With a top speed of 261mph as a result of an artificial limiter, the Chiron can also crush the Veyron’s 253mph flat-out capabilities.

When the Veyron went on sale for £840,000 back in 2005, it was considered to be one of the world’s most expensive cars. With a £1.89 million price tag anticipated for the Chiron, only those with movie star money need apply.

Even with guaranteed car finance in Portsmouth from www.rightdrive.co.uk, it is not possible for the average Ford Focus owner to upgrade to a Chiron.

Nevertheless, a Bugatti is ultimately an investment. After all, used Veyron models still sell for more than £1 million.