Rinspeed Oasis, an electric and autonomous concept car that blends driving as we know it

Rinspeed Oasis, the two-seater concept car, electric and autonomous Rinspeed has prepared for the CES Las Vegas 2017, to be held in January, will not leave you indifferent.

Among its features are the in-wheel engines mounted on the rear wheels, whose 12 kWh battery gives them a range of 100 km, the front wheels that rotate up to 70 degrees to each side, and a passenger compartment that transforms into a Comfortable lounge … with reclining seats and garden included. 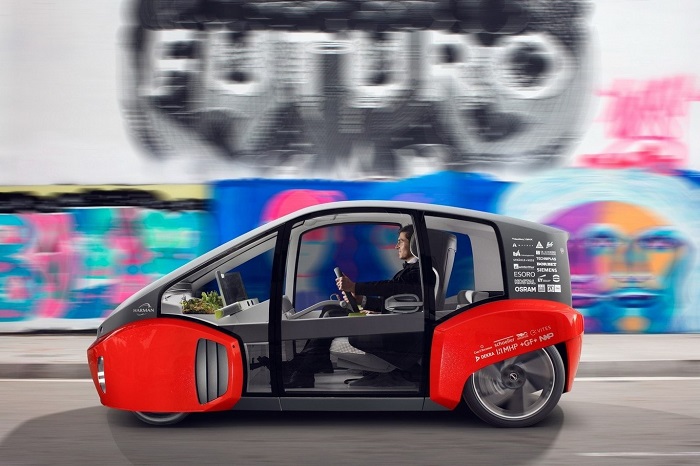 That detail extreme livability is indicative of what role that conceives Rinspeed for future mobility in the city: vehicles able to move themselves in urban environments, so that occupants are dedicated to enjoying life … Or work. Not in vain at any given time the steering wheel can be folded, and resting in the steering column can be installed a tray on which to work with a keyboard as Cuqui as the same Oasis.

And if there is no desire to work, the social networks and even Skype with simultaneous translation projected onto the immense Head Up Display overlooking the windshield, are other attractions that presents the Rinspeed concept car. Track the path it makes the car is something that can happen to the driver ‘s personal blog or your Instagram account and may even interact with Facebook for a reservation at that restaurant that friends say is so good.

You can even watch a movie on the big screen is curved windshield, projected by laser resolution 5K. And everything, in a very natural environment, where the surfaces are covered with leather and wood.

Autonomous and connected to the rest of the world

Of course, in the case as an autonomous car, interaction with pedestrians and other traffic is one of the points that solves the Oasis by technologies car-to-car and car-to-X , for example when regulating Its speed of march to optimize the time of route in function of the semaphores that it finds in its passage.

As can be seen at the outset, most of the video has been shot in Barcelona and its surroundings, and curiously the vehicle is configured to make a trip to Madrid, so the violinist finishes his tour rolled in the Sants Station, where presumably will take the AVE to go to the capital. The sensible thing, when you only have an electric car of 100 kilometers of autonomy, and a wink to the inter modality that looms, in matter of mobility.

Another sign about the future of mobility by Rinspeed comes when the fiddler stops the car park at the train station, and then what can the Oasis is sending a message via Twitter or WhatsApp to friends driver, telling them The car is free, in case they need to use it in Barcelona while the violinist is giving recitals in Madrid. Is not it adorable?

« Microsoft Edge not only does not go back in users but it loses bellows
Are you trying to lose weight? This may be the best time »