A Elon Musk can release pills that you usually could cross out ambitious, but somehow without these characters who crave the future we would progress. Or at least it would be much slower.

Following its usual line, Musk said in a conversation where he also left some brushstrokes about Tesla’s future autonomous trailer, that in just two years the fully autonomous cars will become a reality. That is to say, if we interpret the magnate of California well, in 2019 we will find ourselves on the street with vehicles equipped with autonomous driving level 5. It’s possible? 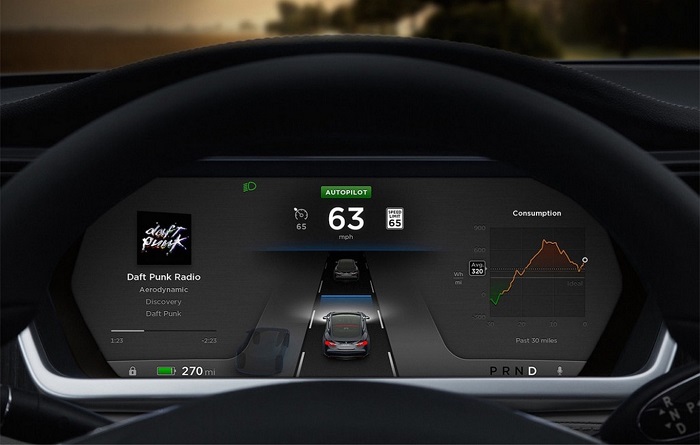 Driving without driving by road and “subway”

Possible is, of course. Moreover, during the last decade we have almost advanced more in technology applied to the automotive than during the last century. At the speed that electronics advances (the fundamental pillar of industrial technological development) two years are a period of time in which many advances can be concentrated, and it is in this time span that Musk hopes for another great leap forward.

In fact, the biggest problem to reach full autonomous driving (in addition to the legal frameworks that allow it) is software . The current physical devices could be enough for a car to perform the driving tasks independently, what fails today is the brain of the machine.

With two years to go, Tesla would have in mind the mission of building a true Autopilot (not just the name) by developing the artificial intelligence necessary to be able to operate safely in real traffic, returning to put itself ahead of the conventional manufacturers Which estimate the arrival of autonomous driving for 5 or 10 years. Everything is possible and we are already thinking of complements to these new technologies.

The Boring Company is yet another example of how the American tycoon thinks he can improve the flow of traffic in cities. By creating an extensive network of tunnels seeks to ease the saturated traffic in the city of Los Angeles. Tunnels that would not circulate cars as such as told in the TED talk.

Each vehicle can be placed on a platform of high speed that will accede to the tunnels through elevators. Once inside these platforms will reach a maximum speed of 200 km / h and could be the perfect complement for vehicles connected with autonomous driving.

By introducing the point of origin and destination, each vehicle will be able to decide the best route to travel, and can traditionally travel along the surface or combine it with the tunnels of The Boring Company, which would become more than a system of Driving even more autonomous. The advantage is that the platforms of these tunnels can act as intermodal vehicles, not only transporting cars but also modules of merchandise or passengers.

All this if the regulations allow, of course. To stop being drivers to be simple passengers is a great change that some may like, others not so much, but any change in this direction implies the approval of public administrations.

How would Musk’s ideas affect the medium term?

But is it really necessary? Most of humanity already has a car (some even several). And the progress of the automotive industry is inescapably moving towards an autonomous driving where you do not have to do anything but know where you want to go and let your car take you.

The second part is to apply that technology to take advantage of the car during the time we do not use it (about 90% of its useful life). Through the principle of shared car our next circle can benefit that once the two or three routes in which we use our vehicle, then can be dedicated to move the rest of our family, reducing the need for a car per person so Fashion in developed societies.

So yes, the smart car, connected, autonomous and, by the way, electric is a good idea to reduce both emissions and oversaturation of vehicles in cities.

On this last point and although the idea is not altogether bad, the application of The Boring Company in real life is, to this day, a chimera. We have terrestrial infrastructures totally turned towards cars with roads everywhere, tunnels, bridges … but also we also have trains, metro or trams.

The occurrence of Musk is currently in the embryonic stage (although it already has a web page of its own), with a small tunnel in the facilities of SpaceX to realize small transports for the personnel. At the particular level of a private company, such as innovation or demonstration can work, but megalomaniac application at the level of an entire city is much more complex.

A network of tunnels such as the one proposed by The Boring Company would involve very high construction periods, works everywhere, a deep study of geographic impact in the subsoil (remember that Los Angeles is on a zone of high seismic activity) and, above all , Incalculable costs.

To make a parallel, perhaps someone remembers that in Madrid a few years ago a man decided to tunnel the capital. During three years of works, more than 43 kilometers of tunnels were built at a cost of about 7,000 million dollars. It is clear that the project would not be equivalent, Musk would be much more advanced and complex because of earthquakes, so it would also be quite more expensive.

There is no denying that the idea is not bad, would result in cleaner cities, less congested and more friendly to pedestrians. In addition we could also use the time we now spend on commuting for any other task so of course you would have its advantages, but is it worth it? Very long term, possibly yes.