A auctioning a bright and very, very unique part in the history of Ferrari: the 550 WSR Manarello edition, successor to the F512 M and one of the 33 World Speed Record manufactured by Ferrari. With just under 55,000 kilometers on its odometer, this unusual 2000 edition will go on sale by Silverstone Auctions on 25 and 26 February.

The price? Despite what it may seem, it is from 180,000 pounds, but with almost total security is going to be exceeded by far. 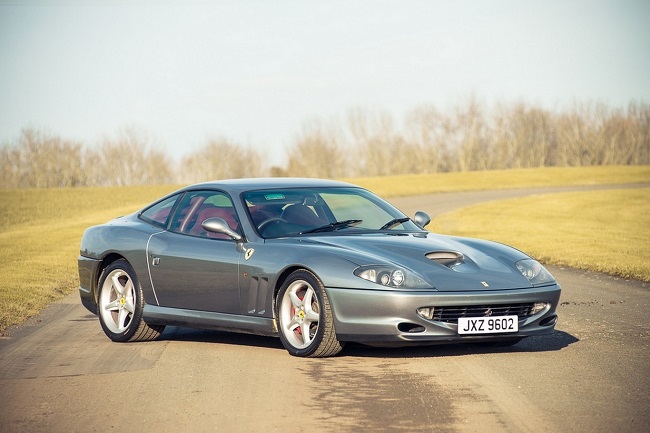 The 550 Maranello was presented to the press in 1996 at the Nurburgring, Germany, for the pilots of Formula 1 team then, Michael Schumacher and Eddie Irvine, who put the car on the track along with some special guests and former Ferrari drivers : Niki Lauda and Jody Scheckter. A gem with history that seeks home and pampering.

After two decades with a central engine model as an exponent of maximum performance in the Ferrari series production, the tables changed when the 550 Maranello was introduced. Following its success on the race track, the brand Prancing Horse decided to introduce a limited series with front engine improvements.

The new sport turned out that it would establish three new world records of speed. In 1998, the 550 Maranello surpassed the mark set so far by a street car, covering a distance of 100 kilometers at an average speed of 304.1 km / h.

To celebrate, a year later Ferrari manufactured 33 models with the same specifications: V12 engine in front position, 485 hp, 569 Nm, 320 kilometers maximum speed and acceleration 0-100 in 4.4 seconds. It took place between 1996 and 2001, reason why this edition of the year 2000 is even more awaited, because it is part of the last years of production.

A key that opens a very exclusive club

The history of this 550 Maranello is quite brief. It was sold in 2000 to its first owner, a car enthusiast and collector named Terry Lister. After five years of enjoyment and regular visits to the workshop, the Ferrari was sold to its second and current (for a short time) owner in 2005. And in a few weeks you will see how a group of lucky people fight to take it to their garage.

The two-seater supercar features a commemorative plaque from its 1998 World Speed Record. Any collector who takes on this beast next February will know that it opens the door to a very exclusive homeowners club.