Adobe is the king of digital photography. All the photographs we make go through some of their programs, especially in the professional market. It is true that he was missing the niche of mobile photography, because their programs for mobile devices (even being free) were not engaging the general public. So they have decided to restructure all their photographic software so that we can all reveal our photographs wherever we are and regardless of the device we have. 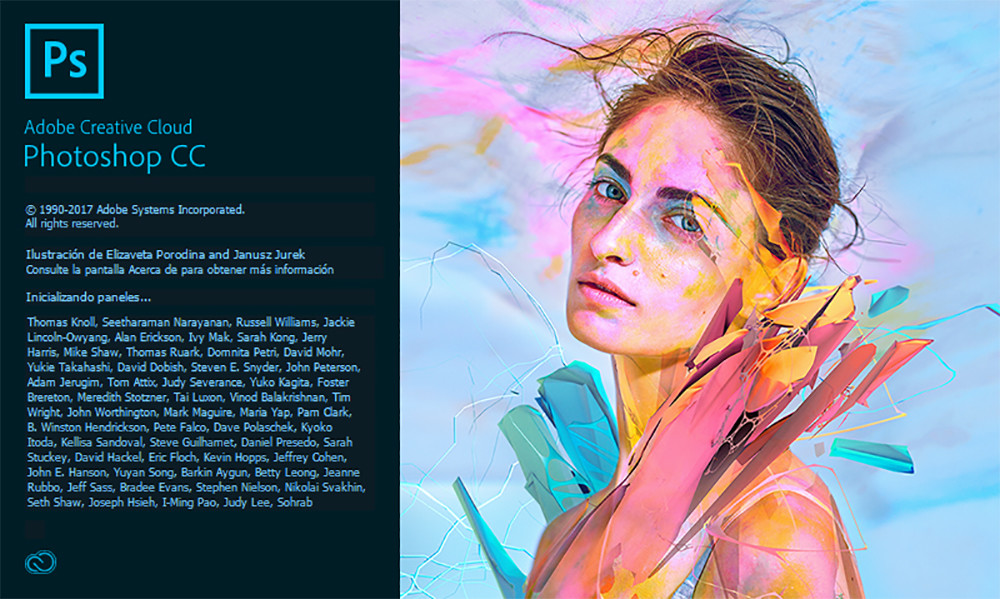 In principle (I have already commented that I could only be a few hours trying the new versions) have tried to overcome the problems that had been dragging for too long. And in principle they have kept their word. Its development engine was obsolete compared to Capture One, to give an example. And the slowness of Lightroom wasstarting to be exasperating when you had a large volume of work. And the mobile applications did not have the charm and speed of other programs … On paper they have done it, but now we are going to see the first impressions program by program.

From Adobe they assure that it is a new program . The idea is new, of course, because they break with the main characteristic of Lightroom : there is no Catalog , at least in the way we understand it until now.

All the tabs of the interface disappear (which has hardly changed in the eleven years of the program’s history) in order to give photography its full prominence. The tabs become icons and all our photographs are stored in the cloud. A space that varies depending on the quota you want or can pay. For now we have 20 GB and 1 TB .

To start working we have to upload photographs to the cloud. The best thing is that we have the possibility to upload all our original catalog in File> Migrate Lightroom catalog … A great idea as long as it occupies the indicated space. They assure you that we will have our original photos anywhere and anytime.

If our photographs occupy more, we will have no choice but to go up little by little from the + icon on the left of the screen. There is no longer talk about catalog, but Add photos . Once this new way of working is understood, we no longer have to be afraid to find more surprises. Everything is equal to Adobe Lightroom Mobile, only with the possibility of having it not only on the mobile device, but on the computer and as a webtool .

In Lightroom CC we have a compressed version of the Library module. The classification by stars, the key words, the order of the images and the metadata are accessible in the lower part of the screen, identified with a series of recognizable icons. It seems that for the insertion of keywords they have gone deep into the algorithms of the classic keyword suggestion function, and he can only write for us.

How to reveal with Lightroom CC

The other module that they maintain, evidently, is the second jewel in the crown, Reveal. Now we have, to the right of the only screen that has the new program, a series of icons representing a new organization of the panels. In Edit we control the Light , the Color, the Effects, the Detail , the Optics and the Geometry. Exactly the same as before, but with an aspect more similar to the old mobile application than the old program. Equally agile and effective.

And the other icons allow Cutting, using the Concealer Brush , the Brush, the Linear Gradient, the Radial and a series of functions such as showing the Histogram or Retrieving the original (Shift + R) .

To finish we have, in the upper right, two icons that allow us to save copies of our revealed images or send them, for the moment, to Facebook after linking the account. And that’s it. They have forgotten the other modules that many do not even use, probably because they are so impractical.

But do not worry. Lightroom, as we know it, is still present under the Classic tagline . And they do well to call it that because, at least externally, nothing has changed. They follow the same modules, the same tabs and panels that we have known for more than ten years and that resist to die. And for me it is a great disappointment, although after so much time I can not deny that I already love the interface.

The modules remain the same. Map is there undaunted. Book remains Blurb’s slave. Projection lets make the same boring presentations as always. Print is the great unknown and flat of all life and Web exists because there has to be everything in life … It really seems that nothing has changed. But it is not so dear readers, fortunately for us.

The most interesting changes of Lightroom CC Classic

Finally, after five years, the development engine, the graphic engine, has changed . If you go to the Reveal module , to the Camera Calibration tab , you can see in Process> Version 4 (current). And it’s the best news in the world, I can assure you. The parameters remain the same, but after comparing a revealed photograph with both engines, I have come to the conclusion that they have finally managed to increase overall sharpness and better noise management without having to make any adjustments. Now is the time to do more and more tests to confirm some first impressions, I do not know if because of the novelty or the desire to change, but it seems that finally they understand Fuji sensors better, among other things …

But there is more good news. Actually now everything is much more fluid and fast. I’ve gone through my entire catalog to the new version to see if what they say is true. And so it is. The increase in speed is not striking if we only reveal a few dozens of photographs, but if we manage a session of 2,000 shots we observe that everything flows, that a file is no longer hung when we need to see them all in the Library module . The previews are more immediate. And that I have not yet paid attention to all the possibilities it offers for such tasks in the menu Edit> Preferences.

And I leave the best for last, because it is something that also shares with Adobe Camera RAW . Ladies and gentlemen, from the same module Reveal exists the possibility of working with masks of luminosity and saturation. And it’s something wonderful. Personally I did not understand how they had not done it yet, when I was always there, in the guts of the program …

It’s something hidden in the Brush tool We still have a lot of tests to do, but you just have to paint with the Brush all over the picture with Show selected selected mask overlay . This activates, at the end of the parameters of the tool, the function Mask of rank. Here we can select Color or Luminance. And with the parameters Range and Smoothingbegin to reveal by well defined areas, as our friend Tony Kuyper does, directly in the RAW file.

And we left for the end the mother program, Adobe Photoshop CC. Again nothing has changed externally. This version has not been a major change in aesthetics. In fact it is hard to realize the version we have open, unless we see the new entry illustration of Janusz Jurek and Elizaveta Porodina.

Everything is inside, in the new development engine that we have indicated above. And here we can enjoy the new Adobe Camera RAW, with the same tool until we discover other ways to take advantage of the new luminosity masks.

In Adobe Photoshop CC, what is most surprising is a new interactive way of explaining what each tool or function is for. Something very spectacular, but with infinite possibilities to eliminate it as soon as we master the program a bit.

In what has been much progress, but that we need to master and know well, is in the selection the great nightmare of photographers. If we do not do it well, our revelations will not be good … So in Photoshop all the tools, such as Quick Selection, and selection functions have improved. The Select and apply mask window … looks the same but I confirm that I can make a more precise selection more quickly.

There is also the new Pen of curvature tool, which with a bit of luck will bring me closer to a way of working that I took a lot of mania because of my first Photoshop teacher, who was nothing more than a designer. It may seem sacrilegious, but I have never used Pen well, until now it seems to have been simplified.

There are many more things, such as being able to make panoramic 360º, the new support for the HEIF format, the integration with Lightroom CC (with the Classic version remains the same) and something that will reassure many, among which I am … Despite of the change of engine, the filters of the Nik Collection are still 100% compatible with our beloved Photoshop.

To be honest I expected more things, but I can not deny that I am satisfied with the changes and developments, especially with the new development engine. But we’ll see how everything evolves from now on. I hope you have satisfied and solved some of the many doubts that may have arisen when you saw new versions of your favorite programs. In future articles we will analyze with more dedication some of the new functions of the Adobe programs. And if you have any questions you already know that you can write them in the comments. Panda Dome, your VPN and optimization tools make it more than a simple antivirus

« Why the Importance of Grease Traps Should not be Underestimated
Are you going to cross the pond? How to take care of yourself when making a long trip by plane »