What you can expect from a class of Kundalini Yoga, the Yoga of energy and consciousness

As you know, there are different types of yoga that we practice both in gyms, where they have installed as a class (and currently the most demanded) and specialized studies. Now we have said on occasion the importance of finding the type of yoga that is best suited to us as well as an instructor with which we are comfortable and we connect.

The most demanded types of Yoga often Hatha Yoga or Vinyasa Yoga, based on the movement and the practice of asanas. However, they are not the only ones:the Kundalini Yoga or Yoga of consciousness gives us another view of this practice based on energy and the work of our mind and body. 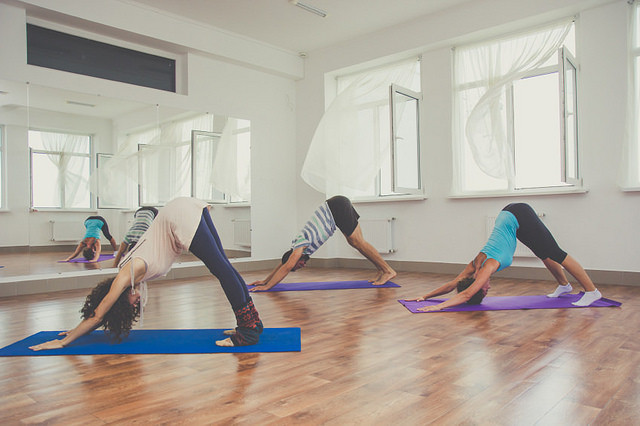 Kundalini Yoga is the oldest type of Yoga is known and is based on different “paths” of Yoga which in turn are based on ancient texts as the Yoga Sutra (the foundational texts of Yoga written by Indian philosopher Patanjali in the III century BC. Its spread worldwide occurred in the twentieth century by yogi Bhajan to.

Kundalini Yoga practice is based on awakening the energy of our body , yogis displayed as a snake that lies at the base of the spine and should climb it to reach the crown area.

In our body energy moves through channels that yogis call “rivers or nadis”. For energy flow through these channels different techniques are used, some very characteristic of Kundalini Yoga, as the “Breath of Fire” (a very fast and powerful breathing is done only through the nose and leads the air to the womb energetic) forms and others that are common to other types of Yoga, as asanas or postures, mudras or hand gestures and finger or meditation.

During a session of Kundalini Yoga we will work directed both the body (asanas, bandhas or body contractions) and mind (through meditation and mantras, which are words or sounds to which is attributed some psychological power or spiritual). The use of mantras is very common both at the beginning and end of the class as part of meditation.

My experience after a session of Kundalini Yoga

The truth is that the first time I went to a session of Kundalini Yoga I was very surprised because I had not read just about this form of Yoga and did not know quite what I expected. One is made very hard work of breathing, perhaps more intense than in other types of Yoga, which requires great concentration and good body control.

The part of the “breath of fire” was the most cost me because I’m not used to make such a powerful breathing. But I have to say that it is very energetic and that both in class and out of the same feeling is to feel “full of energy” with a lot of energy and renewed.

The part that caught my attention but at the time I liked least was the of the mantras, clearly because I was, even though in Yoga work of the mind and body are indivisible, more accustomed to more physical than mental training.

I recommend that if you are looking for the type of Yoga that best goes with you,give him an opportunity to Kundalini because you can surprise. What Are Some of the Ways That Surgical Equipment Is Cleaned? What are Antioxidants and why are they so Important to Our Health? The benefits of exercise for the older generation